Evolutionary Branding: How To Create A Powerful Name

Everything you communicate as a brand should reflect what you do differently and better than your competitors. If you can articulate that well, marketing is easy. Then it’s just a matter of getting in front of as many people as possible, and never in the history of the world have we had as many powerful tools to get your message in front of so many people.

And it all starts with a name.

As Mark Gunnion, our naming expert, likes to point out, no organization will use anything as often as they use their name. Every business card, webpage, ad, business listing and sales pitch will prominently feature their name.

A name doesn’t have to do everything, though — it’s not your elevator pitch or your quarterly report or your corporate biography. It has just a few jobs to do, but it has to do those jobs really well:

1. A name has to work verbally.

You don’t want to be spelling it over and over again.

2. It must distinguish itself from the competition in an online search.

It should be visually different from other names in its category. You wouldn’t want to call your new athletic shoe line Mike.

3. It must project a tone and personality that are appropriate to the enterprise.

A name has to “get along” with whatever personality and tone the company has decided on.

4. It must be memorable and serve as a specific “bucket” in your customers’ mind.

A name is a vessel in which they can collect positive associations.

5. And finally, it should provide “headroom”.

That is, it should be able to work years from now, even if your company or product changes.

In some way, your name also should be beautiful.

A good name differentiates your brand from the competition, it works into our cultural consciousness, it accrues honor and positive associations, it sets a tone for a relationship with the buyer, and it represents the entity to a massive degree in the minds of consumers.

A bad name wastes time. It has to be spelled and repeated in phone calls and conversations. It confuses customers and makes them think of other companies or products. It gets lost in the noise of modern life. It gets forgotten or spelled wrong, or it hides in a thicket of similar words. Or it’s cliché, dated, annoying or off-brand.

Perhaps the hardest part of naming, though, is that the name you choose has to be available to use.

Before we start a branding project where the client has chosen the name, we always advise them to bring in an attorney. We learned this the hard way. Years ago, we had a client who insisted that their name was available. We were skeptical as we turned up competitors with a similar name during the landscape analysis. Upon the insistence of the client, we created a gorgeous logo, packaging and a website, only to be hit with a cease-and-desist letter after the launch. The branding was $25,000, but the packaging and labels cost our client $250,000, and it all had to be thrown away because their attorney had not properly vetted the name.

This part is complex. A name’s ownership is something that’s usually determined by the U.S. Patent and Trademark Office. The most common legal guiding principle in creating a name is: Could this be mistaken for another brand? Could a reasonable person be confused between this brand and an existing brand? When screening, we do in-depth searches for names that are similar in sound, appearance or meaning to the one we’re considering, which could create confusion and infringe on someone else’s trademark.

Beyond legal availability, different industries have different regulations. For example, dietary supplements must be very careful not to make any specific medical claims about their effects in their names. Pharmaceuticals must be different-sounding enough from other drugs to keep from being confused or misprescribed. That’s why drug names are so complex and wide-ranging — it’s a crowded, competitive field, and new players have to establish new linguistic “frontiers” to avoid that confusion.

Picking a name just because the exact-match domain name is available is a mistake. Choose the right name first, and then develop your domain name. With changes in search and voice command and AI, we don’t even know if five years from now the addressing system of the internet will be working the same way, or if a domain name will even be the most important bit of data around a name. Remember 1-800-Flowers? It’s an exception to the rule, but only because it became an online store in 1995, and was nimble enough to bring that brand through the vast technological and market changes since the company’s founding.

Another mistake is for a company to think it must be descriptive in its name. Some of the greatest brand names of our time — Apple, Google, Yahoo — are arbitrary. That is, they’re recognizable, real (or slightly coined) names that have become associated with a wide range of products because of the inherent flexibility of a nondescriptive name.

Lastly, stay open to the possibility of poetry. Don’t try to just be bluntly descriptive. Don’t be afraid to look into your own story or the company’s backstory to find interesting veins of language to explore. Grab a real book off the shelf — a Hawaiian dictionary, a thesaurus or a Mark Twain or James Joyce novel. Put on a favorite rap record. Go for a walk. Take a shower. And keep a pad of Post-it notes and a pen nearby at all times. Name ideas will come at you when you least expect them, and you want to capture them all for later analysis.

Contact David Gaz
David Gaz makes things. Documentary Films, Photographs, Books and lots of other stuff. He is the founder of The Bureau of Small Projects, a branding agency that leverages their experience with Fortune 500 companies and Major Brands to help SMALL businesses startups and nonprofits make a BIG impact.

David Gaz recently directed the critically acclaimed documentary, Kindness Is Contagious, a film all about being nice and the benefits of being nice, narrated by Catherine Ryan Hyde, bestselling author of the book (and movie) Pay It Forward.

He has received numerous awards in advertising, photography and film and has over 20 years of experience with major brands such as Levi’s, Sony, IBM, Kellogg's and Disney as well as world class museums and cultural centers such as Le Louvre, Le Musee d'Art Moderne, Le Centre Pompidou.

He has spoken at Stanford University, Le Centre Pompidou and numerous other venues.
GET IN TOUCH
©2022 David Gaz. All Rights Reserved.
Contact Us

Evolutionary Branding: How To Create An Effective Logo 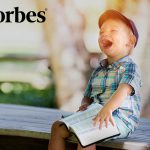 Everything You Need To Know About Marketing In Three Simple Steps