How to Get Noticed in our Winner-Take-All Economy

The economy is booming — but not for everyone. That is because we now have what’s called a winner-take-all economy, where only a few top performers take home most of the riches.

The best examples can be found in the sports and music industries.

There are tons of talented artists out there. I think almost all of us know someone who plays the guitar or sings beautifully. Yet only a few of them achieve a Justin Beiber level of breakout success. The rest have day jobs (or starve).

This is because music is cheap and easy to reproduce (even before the internet). And an artist from Canada does not need to travel the world for their music to get noticed. A vinyl record, CD and now a digital file can do it for them. As a result, the competition is fierce to score that coveted recording deal with a major label. Since the internet, the same phenomenon has happened to a great many other businesses in other industries. And COVID amplified that.

For example, tax preparation has largely been replaced by software. Legal Zoom has permanently changed the legal services industry. Even doctors, teachers and therapists compete globally now since COVID forced even the most human-centric professions online.

I learned about the winner-take-all economy the hard way in Paris.

Early in my career I was a fashion photographer and managed to score an interview with the much-coveted Vogue Paris. Other photographers were sleeping in the lobby to try and get in. The interview went very well, but the iconic editor Joan Juliet Buck said nobody would remember my name (my legal name is not nearly as memorable as “Gaz”). She asked me to give her a name she would remember. The words “Gaz de France” (the name of a natural gas company) appeared everywhere in Paris, so I gave her the name David Gaz. With that, my career — and my lifelong obsession with branding — was born.

Back to the winner-take-all economy.

In plain English: Emphasize what you do differently and better than your competition.

I had a career-changing epiphany a few years ago, and I am embarrassed that it took me so long to understand this. I was in a power meeting way up in the pointy part of the Trans American building in San Francisco. The view was spectacular, and I had been invited along with a few influential branding “experts” to discuss the rebrand of a soon-to-be well-known startup.

Before the meeting, each of us had been asked to share our onboarding documents. That’s nothing new, but I was able to get copies of other agencies’ documents too, often a humbling experience at these levels. I was horrified. All of our documents were almost exactly the same. That’s not good if you are trying to stand out. But even worse, at that very moment, I realized we were all asking the wrong questions.

The questions were things like: What brands do you admire? What colors do you like? What websites do you look at? Plus some silly ones, like if your company was an animal, what would it be? Silicon Valley did a whole episode on that one.

Now you can begin the arduous task of describing what you do differently and better than the folks you just learned about. And you don’t need to be completely different — just 2% different is enough.

After that, narrow it down to a sentence or two. From there, branding is simple. It’s just a matter of shouting it out to the world. Fortunately, never in the history of the world have we had more ways to do that.

You can start by adding your value proposition to your LinkedIn bio. Use Sales Navigator to reach out to the people who you would like to do business with and just say “hi.” (Pro tip: Do not send offers. You don’t want your message to get roped in with spam that sometimes circulates on LinkedIn.)

Your bio will do the selling for you, and people looking for your special sauce will come to you.

Contact David Gaz
David Gaz makes things. Documentary Films, Photographs, Books and lots of other stuff. He is the founder of The Bureau of Small Projects, a branding agency that leverages their experience with Fortune 500 companies and Major Brands to help SMALL businesses startups and nonprofits make a BIG impact.

David Gaz recently directed the critically acclaimed documentary, Kindness Is Contagious, a film all about being nice and the benefits of being nice, narrated by Catherine Ryan Hyde, bestselling author of the book (and movie) Pay It Forward.

He has received numerous awards in advertising, photography and film and has over 20 years of experience with major brands such as Levi’s, Sony, IBM, Kellogg's and Disney as well as world class museums and cultural centers such as Le Louvre, Le Musee d'Art Moderne, Le Centre Pompidou.

He has spoken at Stanford University, Le Centre Pompidou and numerous other venues.
GET IN TOUCH
©2022 David Gaz. All Rights Reserved.
Contact Us

Evolutionary Branding: How To Improve Your Branding And Online Presence With The BOCA Curve 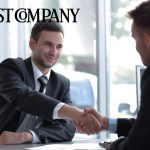